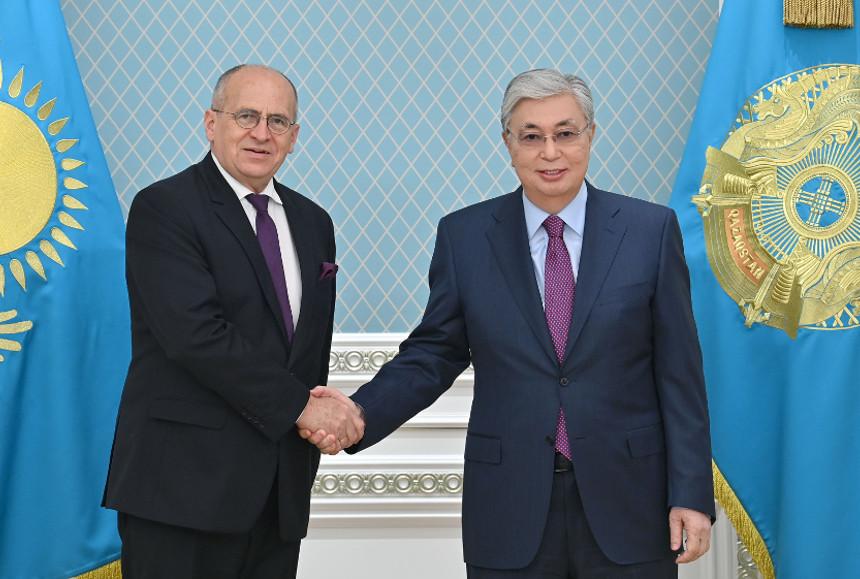 Kassym-Jomart Tokayev received OSCE Chairman-in-Office, Minister of Foreign Affairs of Poland Zbigniew Rau, who is in Kazakhstan as part of a regional tour.

Welcoming Zbigniew Rau, Kassym-Jomart Tokayev noted that his visit is important for strengthening Kazakhstan’s cooperation with Poland and the OSCE. The Head of State spoke about the preparations for the upcoming national referendum and welcomed the deployment of an ODIHR Referendum Assessment Mission.

«The referendum is the beginning of a process of important political transformations in our country. The work to promote democracy in Kazakhstan will be continuously carried out,» the President noted. Kassym-Jomart Tokayev and Zbigniew Rau reviewed in detail cooperation in all three areas of the OSCE: in military-political, economic-environmental and human dimensions. Speaking about bilateral cooperation with Poland, the President noted that he regards Poland as an important partner in Central Europe.

«Bilateral trade last year has been increased by 12%, reaching $ 760 million. I think that we have good opportunities to increase mutual trade,» the leader of Kazakhstan believes. The OSCE Chairman-in-Office commended the efforts made under Kassym-Jomart Tokayev’s leadership in implementing large-scale political and economic reforms.

«In my understanding, the upcoming referendum is a real breakthrough in terms of your Constitutional amendments and your approach to social structure and promotion of market oriented reforms. The referendum is a very important sign on political will to change things for the better. I must say that the constitutional reforms in your country are aimed at strengthening the principles of democracy, freedom and the rule of law,» the Polish diplomat believes.

Zbigniew Rau informed about his meetings with representatives of religious communities and civil society of our country. He highly valued the Kazakh model of interethnic and interfaith harmony and expressed gratitude to President Tokayev for the constant support of the Polish diaspora living in our country.