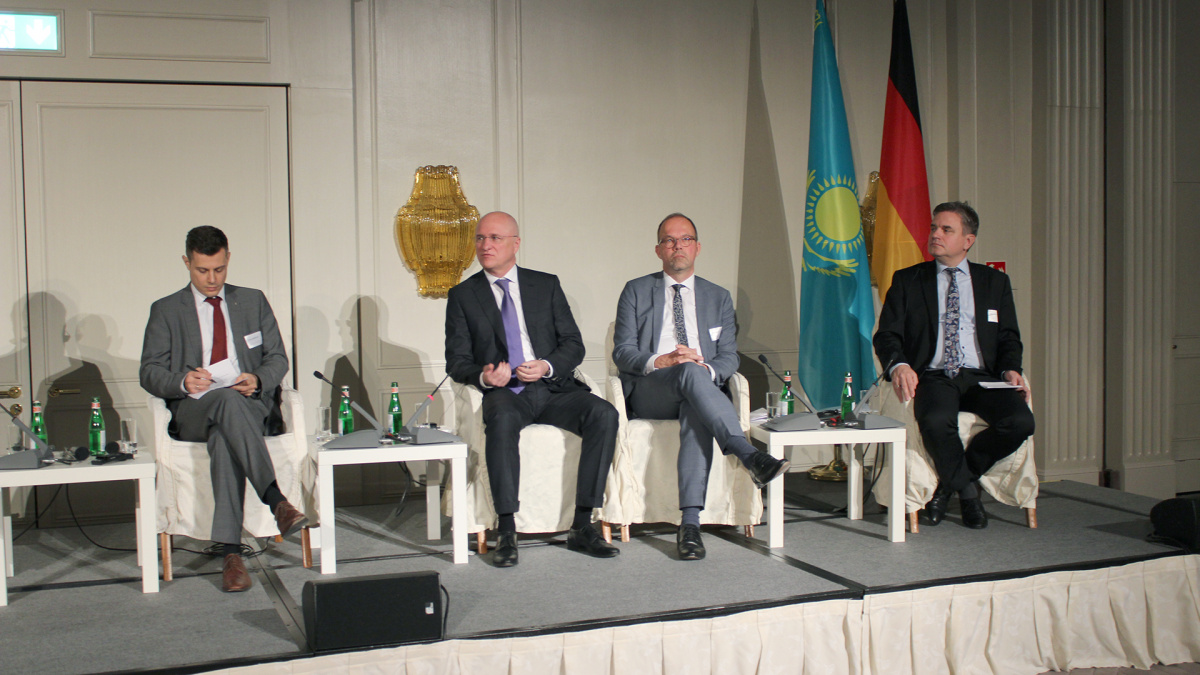 An important international event was held Oct. 7 in the capital of Germany, the city of Berlin. The Deputy Prime Minister Roman Sklyar led the Kazakhstan delegation from among the representatives of key state bodies and quasi-state companies.

The forum was attended by more than 200 representatives of business circles of the two countries. Within the framework of the forum, perspective projects of investment and trade and economic spheres were considered, agreements were reached on the implementation of investment projects with German companies for a total of about $700 million. In addition, prospects for cooperation with companies such as LindeGas, SMS Group, CLAAS Group, etc. were discussed.

During the presentation, Roman Sklyar stressed that this business forum has become a good platform for enhancing trade, economic and investment cooperation, giving impetus to the development of partnerships in such pressing areas as logistics, as well as opening new niches for bilateral cooperation.

According to the deputy head of the Government of Kazakhstan, Germany has been a strategic partner and reliable friend of Kazakhstan for many years, and over 27 years of diplomatic relations, our countries have built a solid architecture of cooperation.

In addition, for many years Germany has been one of the leading foreign economic partners of Kazakhstan. Thus, the trade turnover at the end of 2018 reached a historic maximum of 5.1 billion euros, which is about 85% of the foreign trade of Germany with all countries of Central Asia. At the same time, over the past 14 years, German companies have invested about $5 billion in Kazakhstan.

One of the most important stages of Kazakh-German relations is the launch and active work of such structures as the Intergovernmental Working Group on Trade and Economic Cooperation, the Kazakh-German Business Council for Strategic Cooperation, as well as the Berlin Eurasian Club as an informal platform for representatives political, economic and expert circles of Kazakhstan and Germany.

At the end of the speech, Roman Sklyar emphasized that in the face of our country, German business has a reliable partner in the Central Asian region. Today, Kazakhstan offers the best conditions for doing business, as all initiatives of businessmen always find support from the whole state and Government.

By press service of the Prime Minister of the Republic of Kazakhstan.