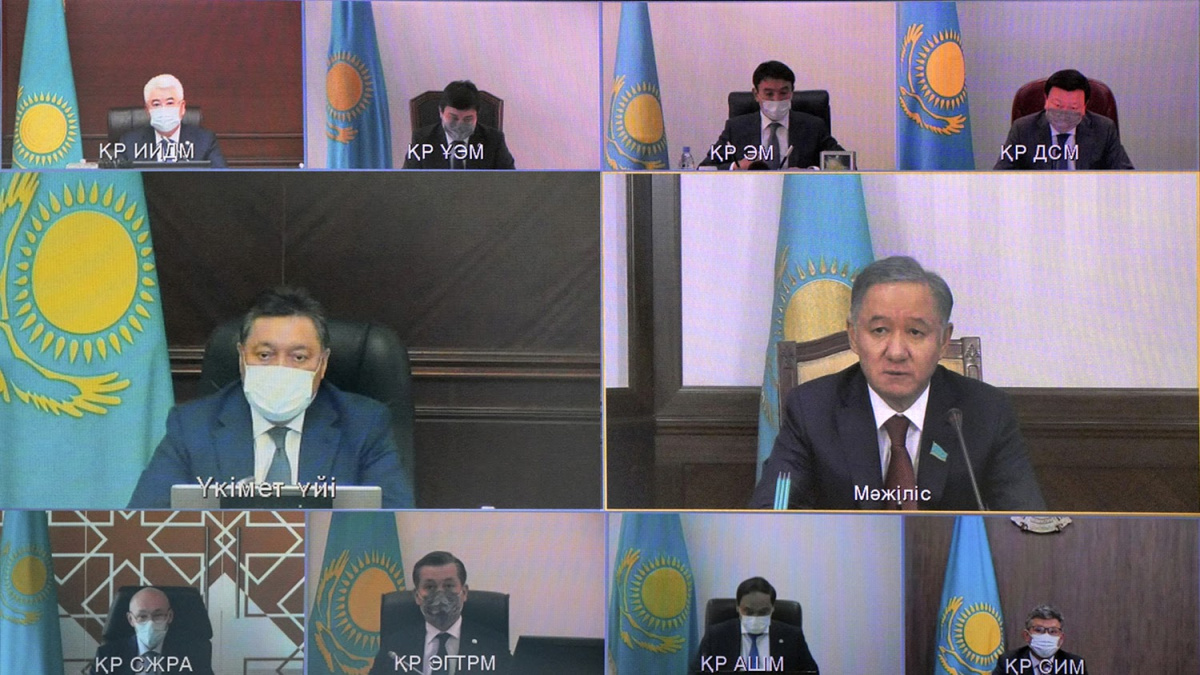 Minister of National Economy Aset Irgaliyev, Minister of Industry and Infrastructure Development Beibut Atamkulov, Minister of Ecology, Geology and Natural Resources Serikkali Brekeshev, Minister of Energy Magzum Mirzagaliyev, Minister of Digital Development and Aerospace Industry Bagdat Mussin, Minister of Healthcare Aleksey Tsoy, Minister of Education and Science Askhat Aimagambetov, Chair of the Agency for Strategic Planning and Reforms - AIFC Governor Kairat Kelimbetov and others reported on their fields of work. To date, out of 100 steps of the Nation Plan, 72 steps have been implemented: in the direction of Forming a Professional State Apparatus — 13 out of 15 steps, Ensuring the Rule of Law — all 19 steps, Industrialisation and Economic Growth — 27 out of 50 steps, Identity and Unity — 3 out of 6 steps, Forming an Accountable State — all 10 steps.

This year it is planned to carry out 9 steps in the directions Formation of a Professional State Apparatus and Industrialisation and Economic Growth. The meeting participants discussed issues of transferring state expertise of projects in the field of construction to a competitive environment, introducing an international system of reporting standards for reserves of solid minerals and hydrocarbons, creating Technological Development Centers, further improving the activities of the antimonopoly body in accordance with OECD standards, developing the AIFC and capital markets in Kazakhstan.

The progress of work on the provision of all support and satellite rural settlements with feldsher-obstetric stations and medical outpatient clinics, the construction of student dormitories, the formation of an integrated system of databases of government agencies and the quasi-public sector was discussed. Particular attention is paid to the implementation of a new regulatory policy in the field of entrepreneurial activity.

The corresponding bill was developed by the Government and sent to Parliament for consideration. The implementation of new approaches to the regulation of entrepreneurial activity will radically reduce the burden on business and give impetus to the development of business activity in the context of the new economic reality. The Prime Minister instructed to continue active work on the full and high-quality implementation of the Plan of the Nation 100 Concrete Steps to Implement Five Institutional Reforms of the First President of the Republic of Kazakhstan - Elbasy Nursultan Nazarbayev and the Address of the Head of State Kassym-Jomart Tokayev to the people of Kazakhstan.

Reported by the press service of the PM of Kazakhstan.