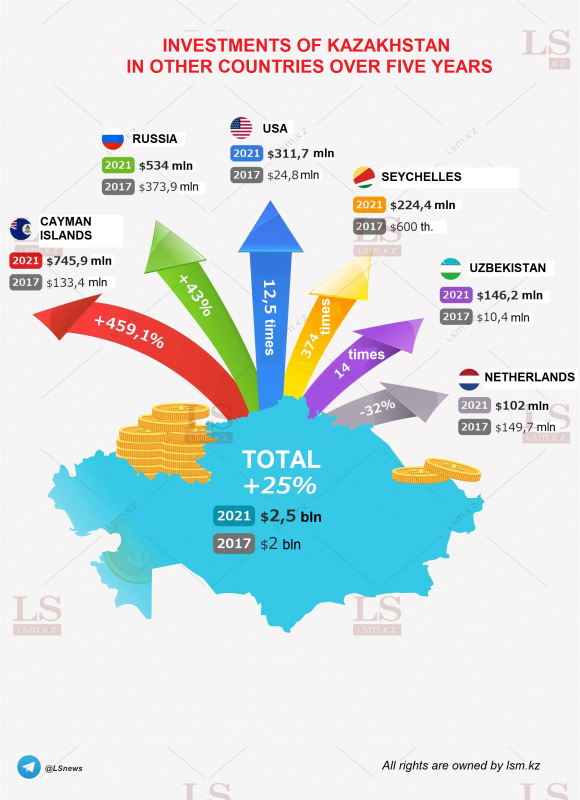 The volume of investments in Uzbekistan increased 14 times, to $146.2 million in 2021. The amount of injections into the Netherlands decreased by 32% over five years, to $102 million.

Earlier, President Kassym-Jomart Tokayev instructed to ensure a clear monitoring and verification of transactions and persons unreasonably withdrawing funds from the country. Later, the Ministry of Finance spoke about measures to return illegally exported assets abroad. And the Financial Monitoring Agency reported that in January 2022, suspicious money transactions worth 2.6 trillion tenge were carried out from Kazakhstan.

By Milana Beinoeva for LS (Kazakhstan).