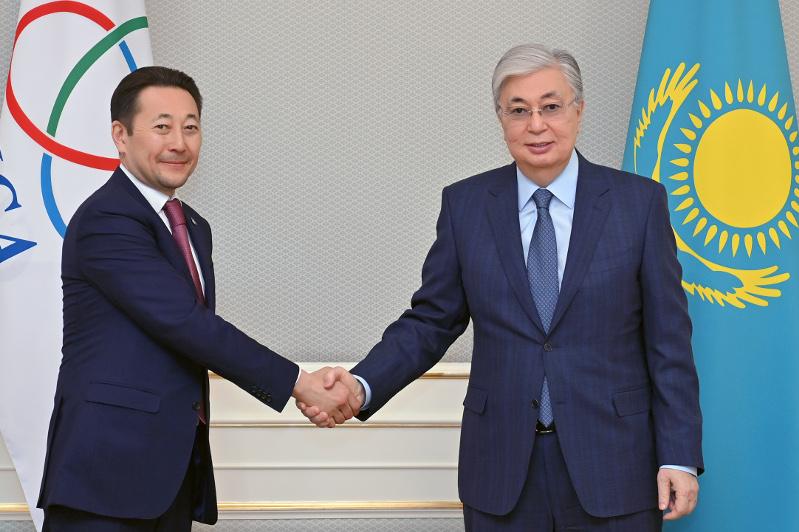 Kairat Sarybay briefed the President on the current activity of the CICA Secretariat. Special attention was paid to the preparations for the 6th CICA Summit scheduled to take place on 12-13 October 2022 in the Kazakh capital.

During the meeting the sides discussed prospects of consistent transformation of the CICA into a full-fledged international organization on cooperation in Asia. This is a priority of Kazakhstan’s Chairmanship of the CICA.

The Executive Director of the CICA Secretariat informed Kassym-Jomart Tokayev about the meetings he held with foreign ministers of the CICA member states ahead of the summit. Kairat Sarybay went on to tell the Head of State about growing role of the economic dimension in the CICA’s activity and expressed gratitude for support in holding of the meetings of the CICA Youth Council, as well as the Business Council set to take place on the margins of the Astana Financial Days international conference this June.

The Head of State noted the importance of effective implementation of the priorities of Kazakhstan’s Chairmanship in the CICA. He pointed to the need to elaborate the draft of the final document that will be adopted following the results of the CICA Summit.