Head of State receives Minister of Defense of China 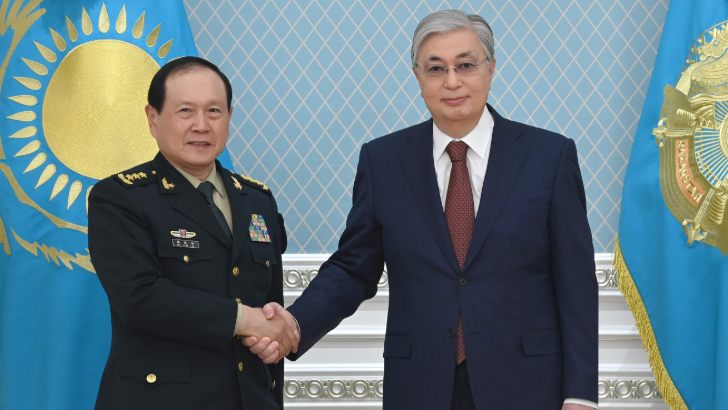 The President receives Wei Fenghe, Member of the State Council, Minister of Defense of the People's Republic of China, who is in Kazakhstan on an official visit.

At the beginning of the discussions, the Head of State positively assessed the implementation of important agreements reached during his state visit to Beijing in September 2019 and his working visit to China in February 2022.

It was noted that the Declaration on a long-term strategic partnership between the two countries, approved at the highest level, is the key benchmark in this work.

“This year we mark the 30th anniversary of the establishment of diplomatic relations between our states. Thirty years ago we started literally from nothing, and now we are strategic partners. We have achieved excellent results in economic cooperation. Kazakhstan and China are close partners on the world stage, primarily within the UN and other international organizations. So I am quite satisfied with the current level of development of relations between our countries, but at the same time I believe that this cooperation should develop progressively, not stand still and achieve new results,” President Tokayev said.

The President emphasized that Kazakhstan has great expectations for the state visit of Chinese President Xi Jinping to our country, scheduled for September 2022. According to the Head of State, the upcoming talks will give a new powerful impetus to the development of Kazakh-Chinese relations.

The state and prospects of bilateral and multilateral cooperation in peacekeeping and military-technical spheres were also discussed during the conversation.

In particular, President Tokayev stressed Kazakhstan’s readiness to expand the geography of participation of Kazakh servicemen in UN peacekeeping operations. In this regard, the President supported Beijing's initiative to conduct collective missions within the UN.

In turn, Wei Fenghe affirmed the readiness of the Chinese side to further develop close cooperation in this area. In his opinion, the progress in this sphere is facilitated by the large-scale reforms being carried out in Kazakhstan, aimed at improving the capacity of the Armed Forces and strengthening the defense capabilities of the country. The Minister also praised Kazakhstan's domestic and foreign policies.