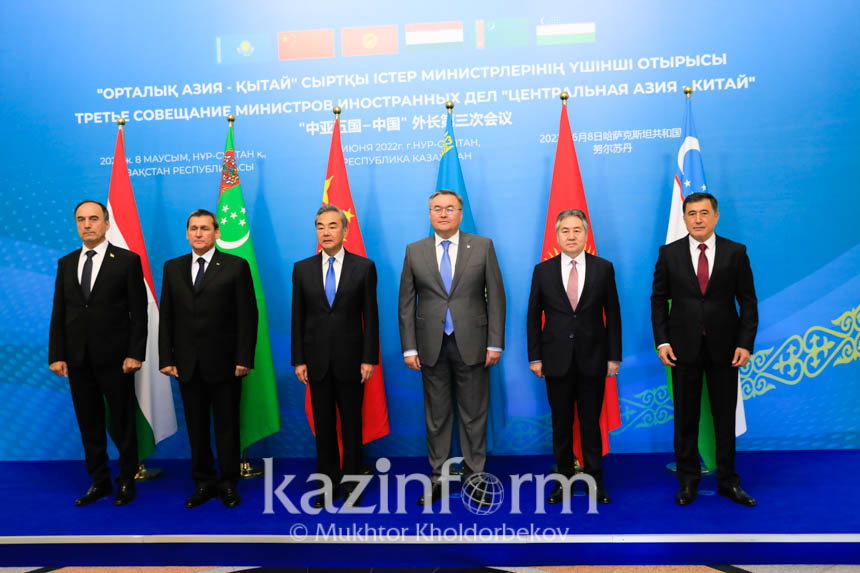 «We are satisfied with the exchange of views held in the spirit of traditional friendship, openness and pragmatism. The participants of the event agreed that year by year, the Central Asia – China format achieves the goals set by accelerating its potential and efficiency,» Mukhtar Tileuberdi said at a press conference held in the Foreign Ministry. The Minister pointed out that the meeting was held in the year of celebration of the 30th anniversary of establishment of the Kazakh-Chinese diplomatic relations.

«Once again we reaffirm our interest in strengthening all-round cooperation under this format, in unlocking its potential and in turning the Central Asian region into a space of peace, friendship, mutual support, sustainable development and harmony,» added the Minister.

According to him, the adoption of the Road Map on implementation of the initiatives announced by the two countries’ leaders has become an important step forward.

This document covers such strategic areas as security, transport, logistics, energy, modernization of industry, fight against the climate change, green economy, IT industry, healthcare, education, culture, tourism and other sectors. The sides also approved appropriate initiatives in order to deepen the interconnectedness of the Central Asian region and China and to strengthen cooperation in the field of data security. He stressed that Kazakhstan’s chairmanship in Central Asia+Kazakhstan format came to an end.

As per a common decision of the ministers, the People’s Republic of China will be next to assume this important mission. He reminded that the establishment of this platform was initiated by China in 2020 to speed up the efforts on strengthening the multi-vector ties of the Central Asian region with China as well as to develop interregional cooperation.