Head of State held an extended meeting of the Government 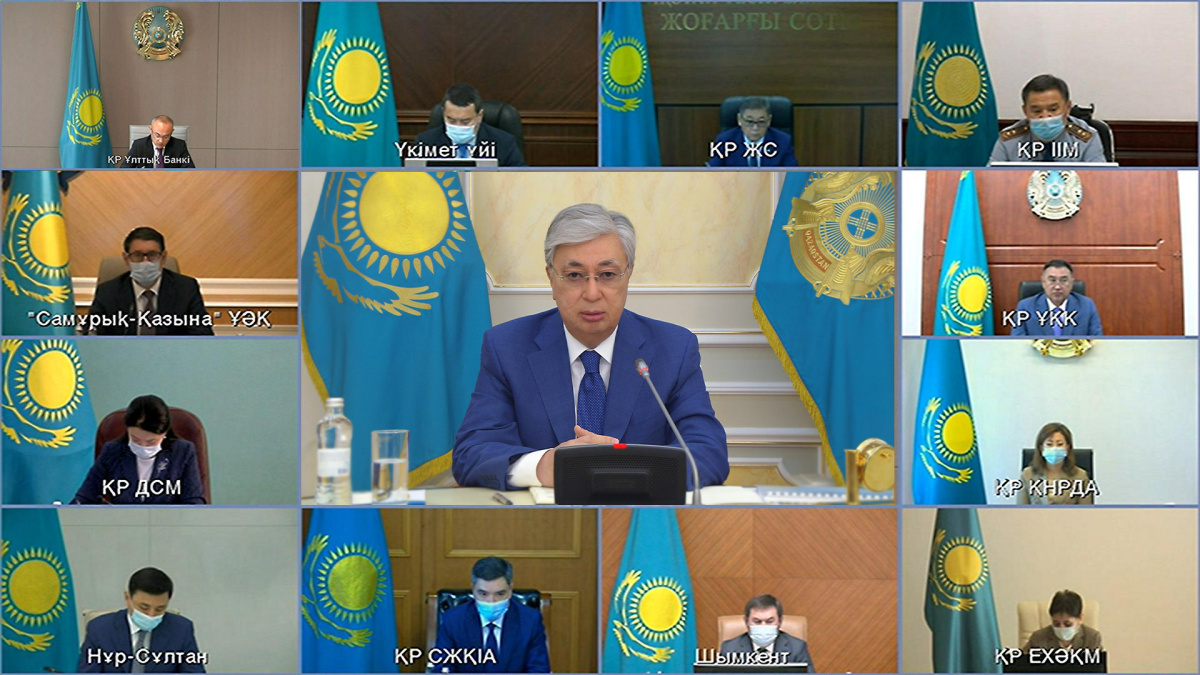 Under the chairmanship of President Kassym-Jomart Tokayev, an expanded meeting of the Government was held via videoconference.

Opening the meeting, the Head of State noted that despite serious geopolitical challenges, our country is developing steadily. At the end of the first half of 2022, economic growth amounted to 3.4 percent, while the real sector grew by 4.1 percent. Significant progress has been made in the manufacturing industry.

"Inflation also does not stand still. Now this figure has reached 14.5% and exceeded the level of 2015. In the first six months, our economy has recovered. But international institutions predict that Kazakhstan's GDP will grow by only 2 percent this year. Previously, they stated, that the growth will be 3.7 percent. Therefore, the Government must ensure the sustainable development of the country's economy. The main thing is to increase the real incomes of citizens," the President said.

During the meeting, Kassym-Jomart Tokayev drew the attention of the members of the Government and akims of the regions to the need to address a number of topical issues of concern to Kazakhstanis. The President set specific tasks for such thematic blocks as stabilizing inflation and food prices, increasing citizens' incomes and developing human capital, improving monetary and fiscal policies, supporting the real sector of the economy, ensuring energy security, and developing road infrastructure.

After listening to the reports of Prime Minister Alikhan Smailov and Chairman of the National Bank Galymzhan Pirmatov, the Head of State gave an average assessment of the results of the Government's work.

The President demanded from ministers and akims, heads of departments and national companies to maximize the pace of work and use new methods and fresh ideas, and also set a number of tasks for the socio-economic development of the country.

During the meeting, the Head of State reprimanded Deputy Prime Minister - Minister of Trade and Integration Bakhyt Sultanov, Minister of Agriculture Yerbol Karashukeev, Minister of Ecology, Geology and Natural Resources Serikkali Brekeshev, as well as a remark to the Minister of Digital Development, Innovation and Aerospace Industry Bagdat Musin.