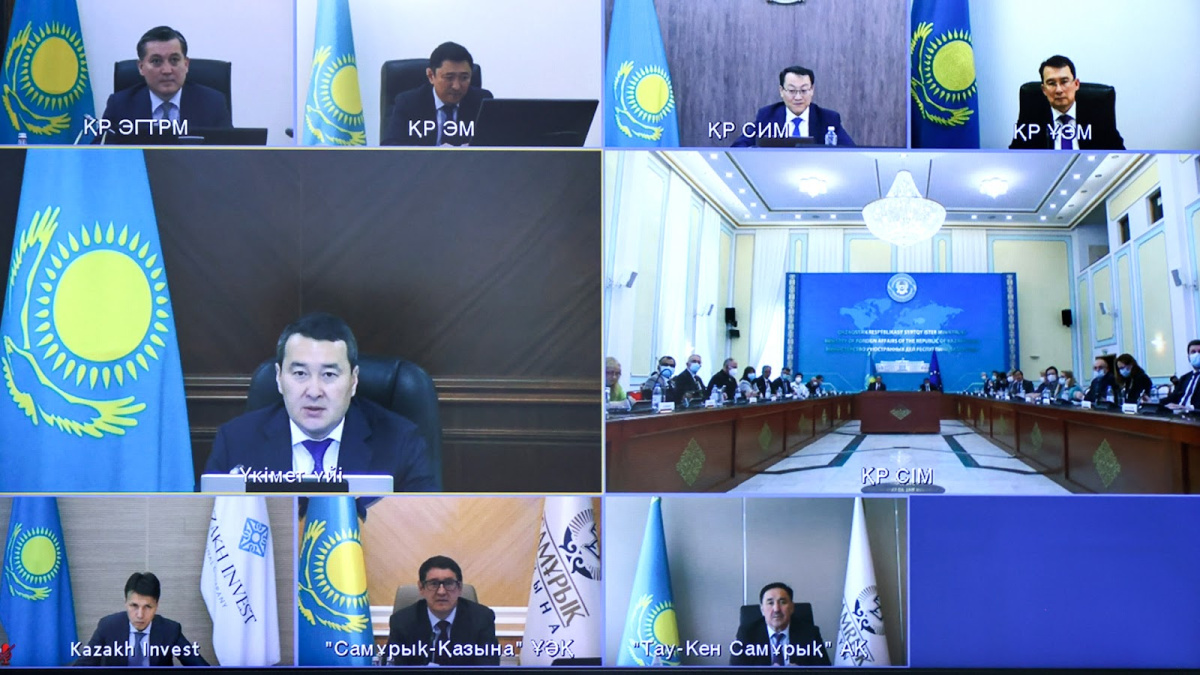 The event was attended by the head of the European Union Delegation to Kazakhstan, the ambassadors of Germany, France, Spain, Lithuania, Poland, Belgium, Sweden, Slovakia, Estonia, Croatia, the Netherlands, Bulgaria, the Czech Republic, Latvia, Finland, Italy, Austria, Greece and Romania in our country, as well as heads of central government agencies and national companies.

Opening the meeting, the Prime Minister of Kazakhstan noted that the European Union has been one of the main political, trade, economic and investment partners of Kazakhstan for many years.

Thus, the trade turnover between Kazakhstan and the EU countries for 6 months of 2022 amounted to $20.1 billion, which is 51.2% higher compared to the same period in 2021.

According to the results of the first quarter, the gross inflow of foreign investments increased by 54% and amounted to $6.8 billion. The level of capital attraction in the mining industry increased by 35.7%, amounting to $3.5 billion.

“We see that the European Union is showing interest in the Kazakh mining industry. Indeed, the potential for cooperation in this sector is enormous. In this connection, we call on the geological services of the European Union countries to joint partnership in the field of digitalisation, the development of geological science and the creation of industry infrastructure,” said Alikhan Smailov.

The Prime Minister noted that as part of the automation of the industry, a single Kaznedra platform is being created by combining and integrating all existing information systems in the field of subsoil use. This platform will facilitate the provision of comprehensive service support to investors in the single window mode.

The head of government also stressed that Kazakhstan, along with traditional types of geological exploration, is interested in advanced methods of geophysical research.

“Taking this opportunity, I would like to once again confirm Kazakhstan's firm intention to expand and strengthen our economic cooperation with the EU countries,” said Alikhan Smailov.

During the meeting, the participants discussed the issues of mining, application of new technologies, digitisation of geological data, attraction of investments, processing of industrial waste and environmental protection.