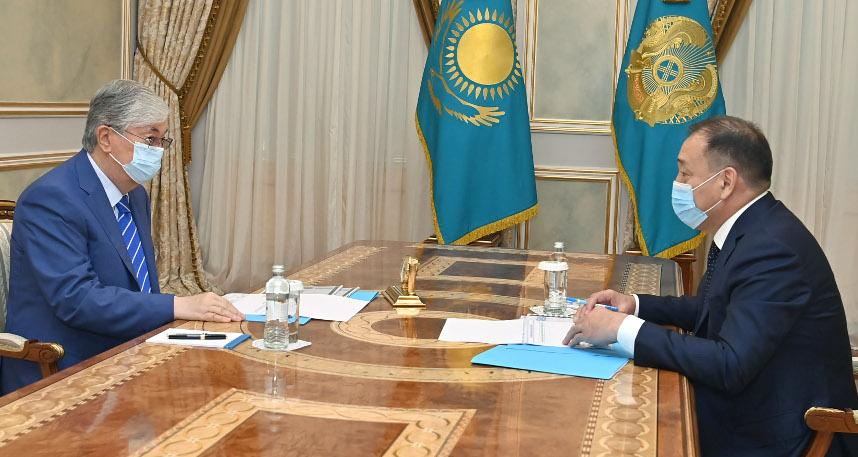 The President heard a report on the progress in implementation of the state program aimed at increasing household incomes in Kazakhstan. In his report Tugzhanov revealed that some 850,000 public sector workers, 240,000 operating personnel of quasi-public sector and 1,2 million personnel of business structures had seen an increase in their salaries in the first half of 2022 as part of the program. The President was informed that the Government carries out all social obligations.

For instance, together with the local government bodies it carries out a set of measures to socially integrate unemployed citizens by creating new workplaces and offering career enhancement training.

Yeraly Tugzhanov also reported on the implementation of several social projects, an increase in a number of grants for young businesspeople, a mechanism helping women get employed and more. Following results of the meeting the Head of State said increasing household incomes is of paramount importance as it should become a priority for both central and local executive bodies.