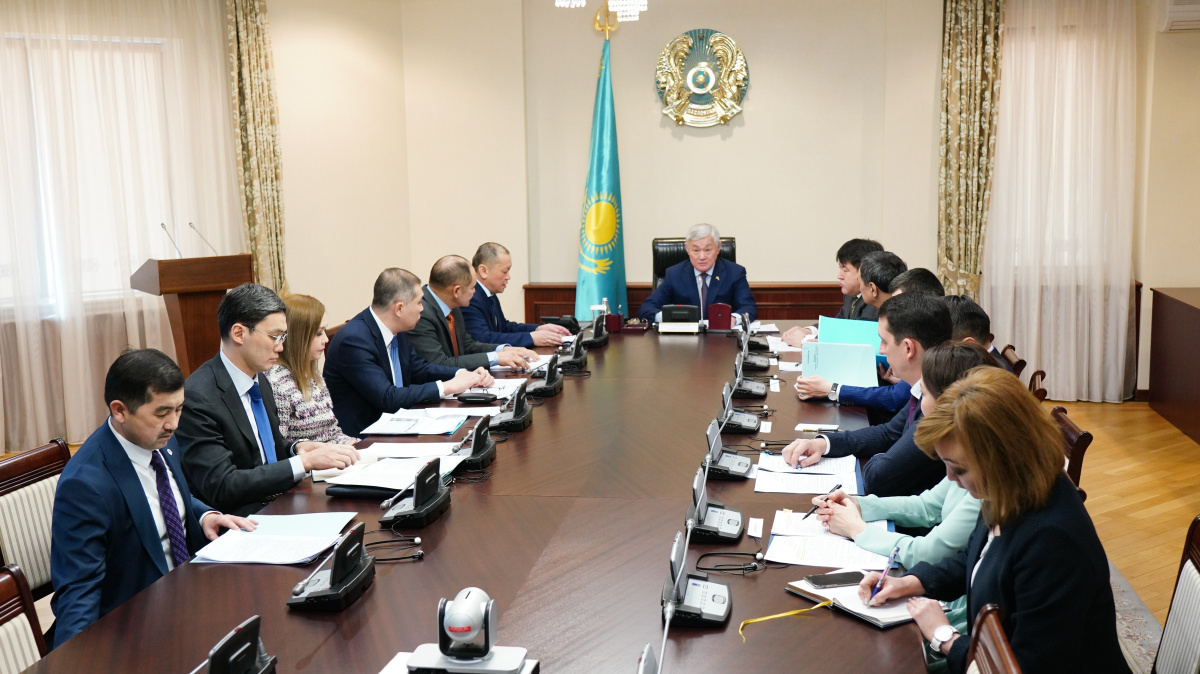 The issues of regulation of external labor migration were considered at a meeting chaired by the Deputy Prime Minister Berdibek Saparbayev. It was attended by heads of state and law enforcement agencies, foreign enterprises, as well as akimats of regions and the cities of Nur-Sultan, Almaty and Shymkent.

According to the Minister of Labor and Social Protection of the Population Birzhan Nurymbetov, as of Jan. 1, 2019, 19.1 thousand permits for attracting foreign labor were issued. In their structure, 77% are accounted for by managers and qualified specialists. The main countries of origin of labor migrants are China, Uzbekistan, Turkey, India and the United Kingdom. At the end of 2019, employers paid tax fees of 8.2 billion tenge. Kazakhstani content in personnel is provided at the level of 96%.

During inspections of 95 enterprises with over 30 foreign specialists, 1,008 facts of violations of labor and migration laws were revealed, including 479 imbalances in the remuneration of local and foreign workers.

Also among the violations — discrimination on working conditions and sanitary conditions, inadequacy of the education of foreign workers to their positions, performance of work in a specialty that does not comply with the permit, and others.

He noted that in order to prevent and reduce such violations, as well as to strengthen the procedure for issuing permits to attract foreign labor, the ministry is taking measures.

In particular, the obligation of employers to create equal sanitary conditions for employees is introduced by law. Every year, planned inspections are planned to cover enterprises with more than 250 employees, attracting more than 30 foreign workers. For 2020, the quota for attracting foreign labor has been reduced from 48.7 thousand to 29.3 thousand. Issuance of permits to workers in the 4th category will be carried out only in the absence of workers in the domestic market. In addition, employers are required by law to replace foreign workers employed in categories 3-4 by Kazakhstani personnel.