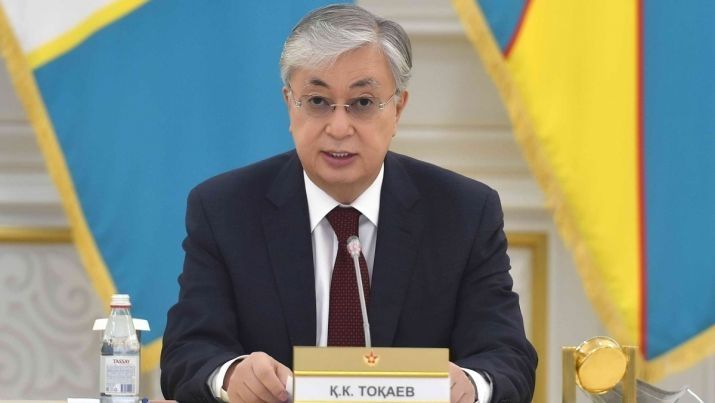 President of Kazakhstan - Supreme Commander-in-Chief of the Armed Forces Kassym-Jomart Tokayev took part in the expanded session of the Defense Ministry’s Board. Before the meeting, the President paid tribute to the memory of the servicemen killed in the line of duty and laid flowers at the monument to them.

Opening the meeting, the Supreme Commander-in-Chief noted that next year will mark the 30th anniversary of Kazakhstan's Independence. Over this time, our national army was fully formed and became the pillar of the independence and integrity of our state.

The President noted that in recent years, the Ministry of Defense had accomplished sizeable work in the preparation of military planning documents, conductive to targeted training of the army and state bodies to repel external threats.

To consolidate the achieved results, according to the President, it is necessary to focus on a number of priorities in the Armed Forces.Specifically, these are maintaining the combat spirit and morale of the servicemen.

Social and legal protection of servicemen was also broached. Payments to servicemen, he said, will be raised by an average of 30% over the next 3 years.

Tokayev pointed out the need to constantly build up the army's combat experience. Recalling the exercises held this year, which showed high readiness of Kazakhstan military servicemen for peacekeeping activities, the President tasked the Ministry of Defense, together with concerned state bodies, to develop by August 1, 2021 a Roadmap to expand participation of the Armed Forces in the UN peacekeeping operations.He expressed gratitude to all military servicemen performing the responsible mission of countering the spread of coronavirus, and also underscored the importance of equipping the army with the most advanced digital technologies and means.

Tokayev named a number of priorities in supplying troops with modern weaponry issuing from real threats. The priorities are: creation of a strong air defense, development of electronic warfare elements, increase of military aviation vehicles in order to enhance the mobility of forces. At the end of the visit Tokayev was shown the samples of modern high-tech equipment for conducting electronic warfare, which is in service with the army.

Reported by the Kazakhstanskaya Pravda.